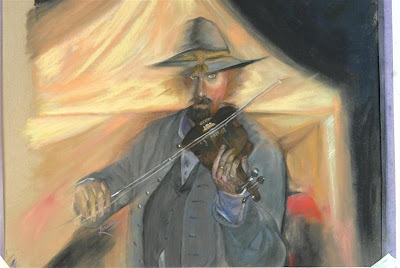 My wife Loretta made a pastel portrait of me from a photograph made between takes on a movie set earlier this year in the production of "Jonah Hex." This is one of her finest, even though it's of me.
Loretta is going through a tough time right now from the effects of chemotherapy, but hopefully she will be back at the easel soon.
In the movie scene, Cookie, a banjo player and me are serenading a Union officer just before Jonah (Josh Brolin) surrenders. Whether we're in the final cut remains to be seen, but if I am you will hear me in the theater. The movie is supposed to be out in June 2010. The heavy metal group "Mastodon" is doing the musical score.
Posted by Bruce Schultz at 11:04 AM 1 comment:

Dream of the Marionettes

I recently photographed a theater group that will be performing a musical at Cites des Arts in Lafayette. It was a wonderful afternoon and what really made it enjoyable was the collaboration and ideas that originated from the group.
Christy Leichy and Johanna Divine (in the 2nd image below) wrote "Dream of the Marionettes" and it promises to be a real romp of the burlesque genre. Go to this site to see more about the production: http://www.facebook.com/pages/Dream-of-the-Marionettes/155555594663
Here are the tintypes I made of them. 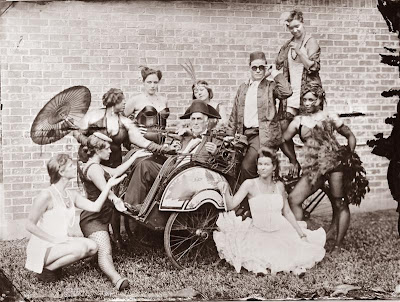 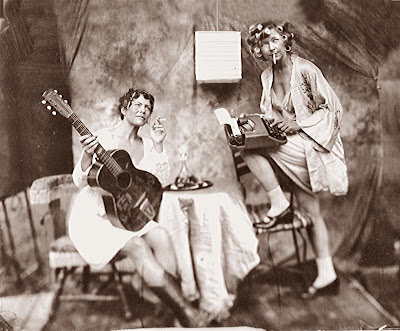 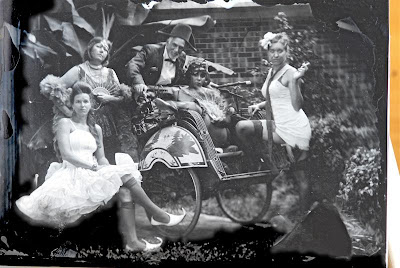 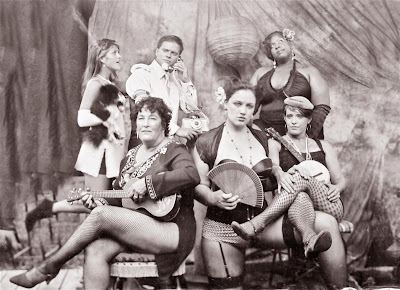 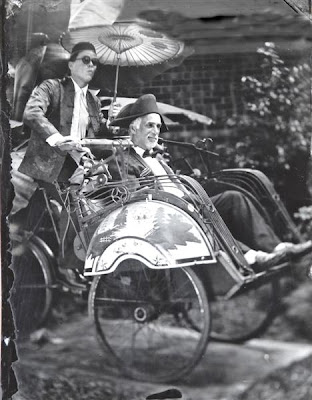 Posted by Bruce Schultz at 10:45 AM No comments: 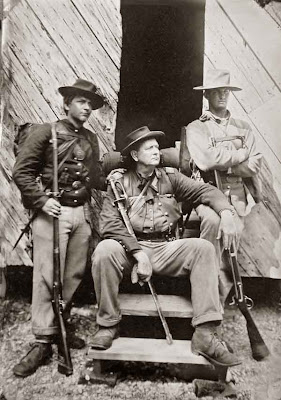 I'm back on the circuit. Here's a 5x7 tintype I made at the Rural Life Museum on Sept. 26 during Harvest Days and the reenactment. The building is an old jail from North Louisiana. The scalawags in the picture were resting on the steps during a foraging expedition.
Last Sunday, I was at the Sugar Fest in Port Allen but I only got to make 2 images before the rain shut things down.
Saturday, I photographed the beautiful cast members of "Dream of the Marionettes," a musical being produced in Lafayette. I've never had so many attractive women cavorting in their skivvies in my backyard. I'll post those images soon. The production has a facebook site: http://www.facebook.com/home.php?#/pages/Dream-of-the-Marionettes/155555594663?ref=share
Posted by Bruce Schultz at 2:01 PM No comments: