Here are a few images I took at Port Hudson this past weekend. Thankfully, the rains stopped early Saturday morning, but it was still quite muddy. The weather was spectacular. What did put a damper on the event was talk that state budget cuts might prevent the reenactment from being held in subsequent years. That would be a shame. 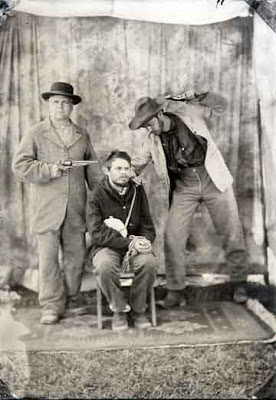 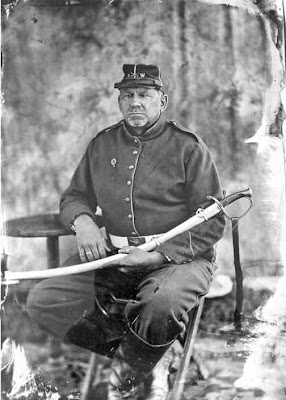 Steve from the Washington Artillery 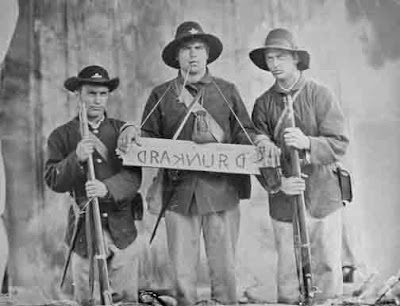 Deputy provost marshals with a miscreant 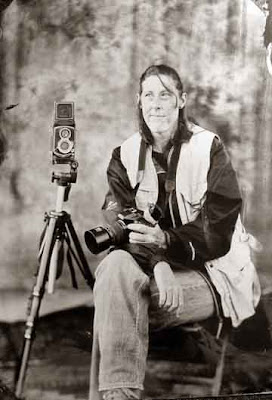 Photographer Deborah Wood. Check out her website at www.DeborahWood.org

Posted by Bruce Schultz at 6:16 PM No comments: 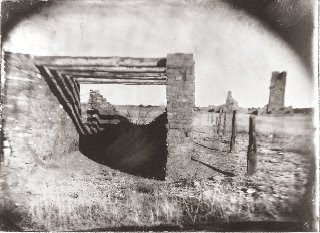 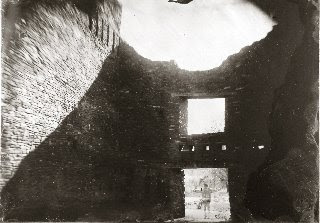 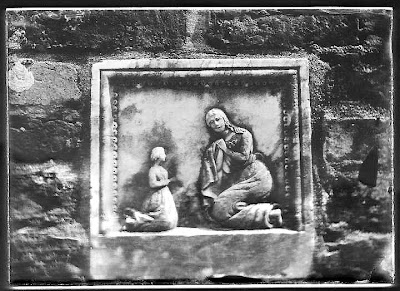 I've always wanted to photograph this small marble carving on the brickworks under the large bell at the Rural Life Museum, but I never had the time. At last weekend's Ione Burden Symposiu, I set up right by the bell, so I was able to make an image. This is on a 5"x7" glass plate.
Posted by Bruce Schultz at 8:11 AM No comments: 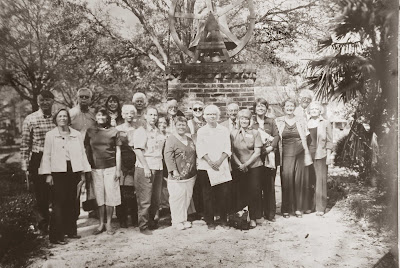 This is a tintype I made of the gathering Sunday for the Ione Burden Symposium at the LSU Rural Life Museum. It was a wonderful day with great presentations on the history of media in the state. I had to follow Advocate cartoonist David Norwood, and he had the audience laughing at his cartoons through the decades.
I hope to attend the Springfield, La., reenactment this coming weekend. I'll probably just be there for Sunday.
Posted by Bruce Schultz at 11:03 AM No comments: 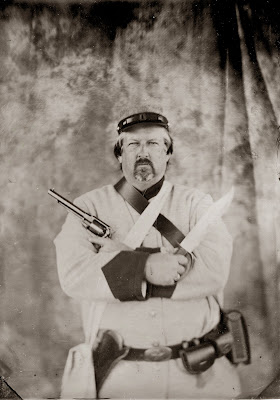 This is a little late, but it's an image I made Feb. 22, the weekend before Mardi Gras, at the re-enactment at DeRidder. Saturday was breezy, rainy and chilly, but the skies cleared for Sunday and temps were in the low 60s.
Posted by Bruce Schultz at 11:37 AM No comments: 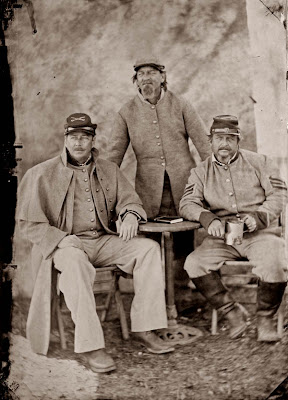 Posted by Bruce Schultz at 9:07 AM No comments: